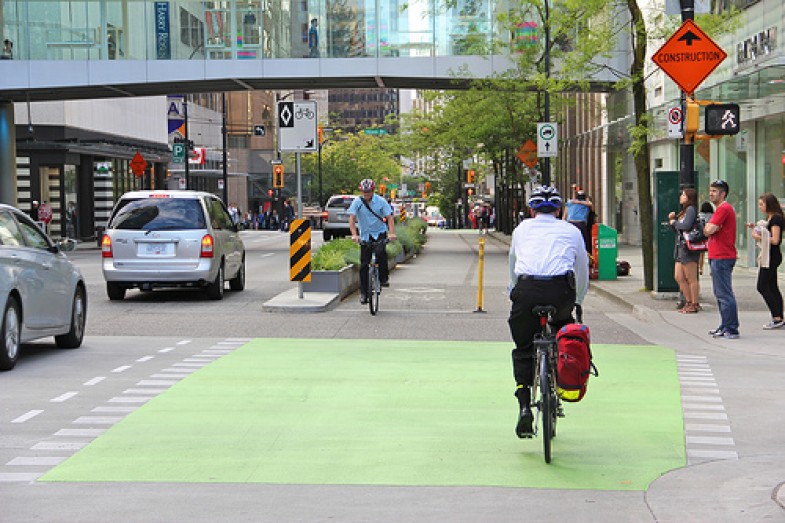 Protected bike lanes are standard practice in the Netherlands, where 27 percent of all trips throughout the country are made on bicycles. That’s because more women, kids and seniors along with out-of-shape, inexperienced riders feel comfortable biking on the streets. Dutch bike ridership has doubled since the 1980s, when protected bike lanes began to be built in large numbers.

by Jay Walljasper, On the Commons. More HERE>>