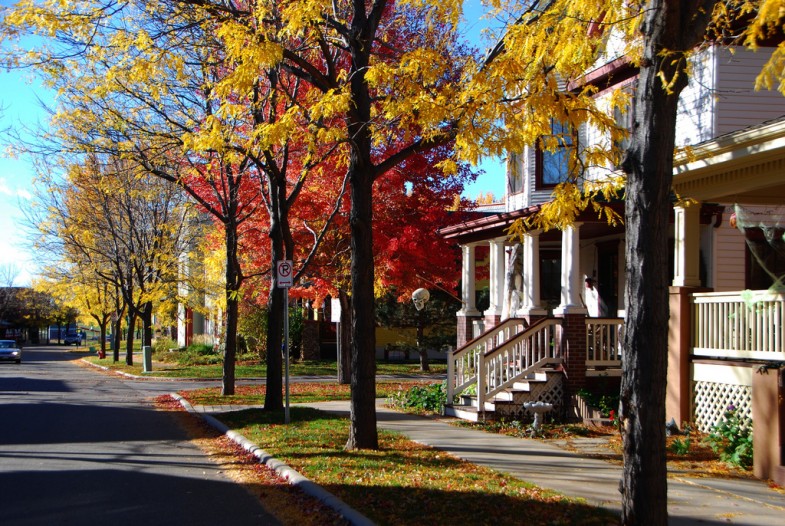 A Community Renaissance is Easier Than you Think

It doesn’t take much to start a Renaissance in your neighborhood. In fact, as Dave Marcucci discovered, a simple bench can do the trick. After attending a PPS (Project for Public Spaces) training course in 2005, Marcucci came away inspired by the idea that every neighborhood should have ten great places. He returned home to Mississauga, Ontario determined to make his house, which occupies a prime corner lot, one of the great places within his neighborhood.

Marcucci started by tearing out the fencing at the corner of his front yard. As he got to work landscaping the area and constructing a bench, he received a lot of quizzical comments. “Why don’t you build a bench for yourself in the backyard?” He would answer,” the bench is for you.”

Read all 16 inspirational stories HERE>>  The ideas are from the Great Neighborhood Book, a collaboration between On the Commons Senior Fellow Jay Walljasper and Project for Public Spaces. Walljasper is a Minneapolis-based speaker and consultant about how to strengthen communities. PPS is a New York-based group that for 35 years has helped people around the world improve their communities.