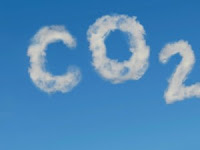 To make it simple as a crayon sketch, there are two ways to mitigate climate change that, in tandem, could work. One is to lower emissions. To decarbonize, if you will—and de-nitrous oxide-ize, de-methane-ize, and de-soot-ize as well. It is true that to keep the earth’s average temperature from warming more than 2° C (3.6° F), emissions will have to fall. Drastically. Which means lifestyles, in fact whole cultures and economies, will have to change, and everyone, especially the well off, will have to share in the sacrifices and changes to be made. This necessity is the real inconvenient truth implied by the inconvenient truth of climate change and one mostly being ignored or rationalized away by pretty much everyone, except a small percentage of realists. Part of the problem, I think, might not be so much willful ignorance as a failure of imagination. Quite a few people I speak with about climate change—well educated, thoughtful, caring individuals for the most part—simply cannot imagine what it would be like to live even a slightly less oil dependent version of the life they currently live, though they grasp the facts and urgently agree that something must be done.

Yet we can do something. Quite a lot, actually. For the first part, we can consciously reduce our lifestyles and become actively civically engaged; for the second, we can practice backyard carbon sequestration by becoming carbon gardeners, ourselves, and in the company of others. I agree with those that argue that unless there are mass movements and unless governments and corporations change their ways, individual changes won’t mean that much. However, I also believe that the butterfly effect is just as real in human systems as in earth systems, and in fact, backyard soil carbon storage works in both at once.

Read Why Not Start Today? Backyard Carbon Sequestration Is Something Nearly Everyone Can Do at Ecological Gardening.