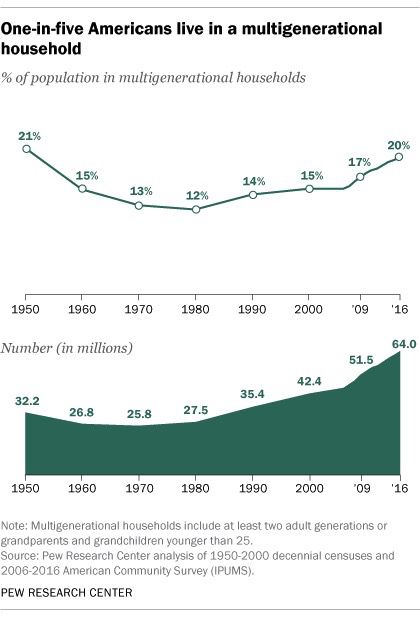 In many cultures, multi-generational households are pretty standard; your parents took care of you, and now you take care of them. In China, almost every apartment sold has three bedrooms: one for the parents, one for the kid, and one for grandma.

But in the United States, Canada and many European countries, the natural progression has been to get a job or get married and move out to set up your own household. And from the end of World War II to the low point around 1980, that was pretty much what happened.

However as of late, particularly since the Great Recession, the number of multigenerational households has increased dramatically.

Read Why every house should be designed for multigenerational living by Lloyd Alter at Treehugger.