Peak oil and climate change have been referred to as the Hydrocarbon Twins. They are so intertwined that seen in isolation, a large part of the story remains untold.

Both, of course, are symptoms of a society hopelessly addicted to fossil fuels and the lifestyles they make possible. It is, however, too simplistic to assert that peak oil will mean climate change will be brought under control because we will run out of access to affordable liquid fuels; the situation is much more complex.

We have a choice about how we respond to peak oil. We can use it as an argument for developing solutions that put in place infrastructure that will support us beyond the Oil Age, or we can use it to justify clinging to fossil fuels at all costs – even war, occupations, and oil spill disasters in the Gulf of Mexico. The danger is that as liquid fuels decline in availability, the emerging gap could be filled with other fuels far worse in terms of their climate impacts than oil was – the turning of coal into liquid fuels, tar sands, biodiesel, and so on.

If we don’t fill the gap with conservation and a concerted program of relocalization, and if we refuse collectively to acknowledge the reality of energy descent (the downward trend in the net energy underpinning society), we will rapidly drive ourselves beyond the climatic tipping points and could unleash climate hell.

If we see climate change as a separate and distinct issue from peak oil, we risk creating a world of lower emissions but one which is, in terms of oil vulnerability, just as fragile as today’s. 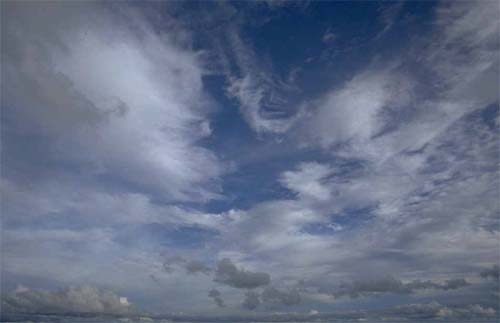 Climate change says we should change, whereas peak oil says we will be forced to change. Both categorically state that fossil fuels have no role to play in our future, and the sooner we can stop using them the better. It is key that both climate change and peak oil are given an equal degree of importance in any decision-making processes. The Transition model incorporates this approach, and emphasizes the rebuilding of resilience into our communities, as equally important as cutting carbon emissions.

It is important to point out that unless we plan in advance for peak oil, and adopt measures such as the Oil Depletion Protocol proposed by Colin Campbell and Richard Heinberg, the recession caused by runaway oil prices will blow responses to climate change out of the water. Responding to climate change on an adequate scale requires a lot of money and an unprecedented degree of global co-operation. An economic recession – or worse, collapse – will make keeping the lights on our priority, and tackling climate change will slide rapidly down our list of priorities. Facing runaway climate change with a collapsed economy is the scenario we really want to avoid, and we separate these two issues at our peril.

This is an excerpt (abridged) from The Transition Handbook, by Rob Hopkins, 2008