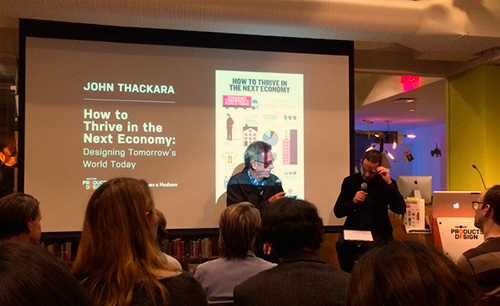 One question has cropped up repeatedly: In a world filled with melting ice caps, war, species extinctions, and economic peril, how can I possibly argue that the small-scale actions I write about can transform the bigger picture for the better?

Belief in the possibility of change is a huge if intangible positive. So, too, is the proliferation of new social and economic models – from commoning, transition, and sharing, to local money, off-grid energy, and maker spaces. These are the infrastructure of the next economy – only they’re based on social energy, not concrete.

But back to that first question: do these myriad stories add up to a viable alternative to the system that’s wrecking the place now? On their own, probably not. But for me, the most important unfolding transformation of all is the emergence, in many places at once, of a new understanding of our place in the world.

Having worked hard throughout the modern era to lift ourselves ‘above’ nature, we are now being told by modern science that man and nature are one, after all.

This new story is, to put it mildly, a rather large ‘narrative adjustment.’ But it is neither utopian, nor fantastical. It speaks to our innate compulsion to change, progress, and create – indeed, to grow – but with new kinds of growth in mind: Soils, biodiversity and watersheds getting healthier; more cooperation and social connectivity; communities becoming more resilient.

Read Are Positive Stories Enough? by John Thackara at Doors of Perception.